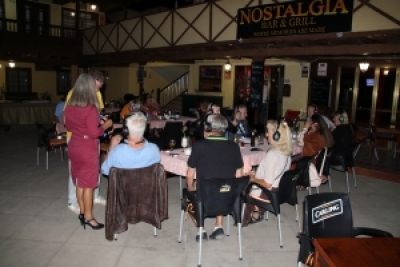 What a fantastic night. Just to put things into context, we've had a Silent Disco here before but that was back in February and before lock-down so as you can imagine people were thrilled that another was being held.

It was combined with a BBQ and around 90% of the attendees had never been to a Silent Disco before, in-fact they were all there for the BBQ and were recommended to participate in the Silent Disco by attendees back in February.

Slowly, one by one, headsets were handed out. Safety instructions provided and of-course due to Covid restrictions people were instructed to remain seated.

Now if you've never been to a Silent Disco or indeed an Icelandic Silent Disco you'd be in for a treat. We had three channels running. One playing purely Icelandic music, another playing 80s pop and a third channel dedicated to “Seat Dancing” and requests.

Slowly but surely all the guests asked for headsets, even the smaller ones which was great and everyone had a fantastic time.

Just scroll down and take a look at the image gallery to learn more.

Get Your Party Started