Benefits of a Silent Disco

Silent disco is the new mantra of Tenerife’s party scene! It is the ultimate fad to hit the Tenerife party market which has sparked interest amongst even the un-interested ones.

In fact, silent disco headphones can be seen as the best amalgamation of technology with entertainment. You get access to nonstop music irrespective of breaking any rules or causing any noise pollution and what's more you can even select and listen to the song of your choice

Here's just a few benefits of having a silent disco:

Our Silent Sisco headphones come with 3 music channels. One can easily switch from one song to another. Now you don’t need to worry about noise and do your silent party all night with our silent disco headphones.

#2. No longer queuing at the DJ to request your favorite song

The DJ can now accommodate up to 3 people at the same time. One can easily choose the channel of their choice and dance away to their favorite music.

Hire Silent Disco equipment and you will not be breaking the government’s rule of no loud music after 10 pm. With the active noise cancellation system, the wireless silent disco headphones don’t let any sound spill out or cause disturbance to anyone.

Be the first one to use Silent Disco headphones in your group and enjoy being a trendsetter. Soon, everyone would be following in your footsteps or should we say headphones! You’re just one step away from becoming a silent disco star.

#5. No need to search for party space

Because every place is a party place with Silent Disco headphones and transmitters. All you need to do is set up the system with a DJ and bam! Your Silent Disco can happen even in your living space!

You don’t have to use them just for dancing you know, you can also use them for your silent conferences or simultaneous interpretation system as well!

#7. An answer to noise pollution

With zero disturbance or sound spillage, silent disco headphones are the ultimate answer to the increasing noise pollution. It is a very eco-friendly method of having a party! 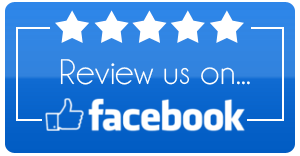 Delivery, setup & testing of the equipment.

We will show you how to use the equipment and troubleshoot any problems and we will also be available to provide remote technical support.

Should you require a host for your event to engage with the audience and manage the music we can provide this too. Just contact us for customised pricing for your event.

National Holidays: An additional charge may be made during national holidays.

If you are planning to host a Silent Disco on multiple dates or regularly then please contact us for customised pricing.